HOW TO PLAY SPOT THE BALL?

A clear explanation on how to play spot the ball.

How to Play Spot the Ball?

If you find yourself wondering: What is spot the ball all about and how to play spot the ball, you have come to the right place!

If put as simply possible: In spot the ball you’re supposed to place a ball back into a picture, from which it has been removed. The name of the game itself might be a bit misleading as there’s no ball to be spotted in the image – as it indeed has been already removed. But “spot the ball” does sound nicer than “Where do you think the ball should be in this picture?”-game.

(If you are looking for how to play spot the ball on BOTB’s website particularly: Check out our page explaining that as well.)

Step 1: A Picture is Chosen

The spot the ball competition organiser, or whomever provides the pictures to the organiser, first chooses a picture for the competition. Generally pictures are used in which you have multiple players and you can usually see the players’ eyes and make some sense to what is happening in the picture. This is of course so that the skillful judging and placing the spot is possible, so it’s not just complete guesswork. It is called a skill-based game after all. However, sometimes the pictures can be less clear, for example sometimes pictures are used where you can see no eyelines of the players, making spotting the ball harder.

Let’s use a picture as an example in which the player from the Blue Team is about to head or has just headed the ball. In reality this would be a very difficult picture to judge and decide where the ball is, as you cannot see the players’ eyes at all and the ball could be headed into almost any direction. 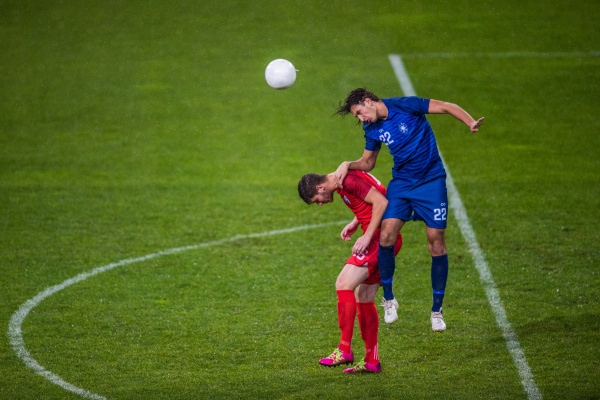 Step 2: The Ball is Removed

The ball is removed from the picture and used for the competition. This is where ‘spot the ball’ begins. Note that sometimes there might be some traces in the picture of the ball’s original location but these should be completely ignored – as the original location of the ball does not correlate with in the slightest where the winning spot will be. 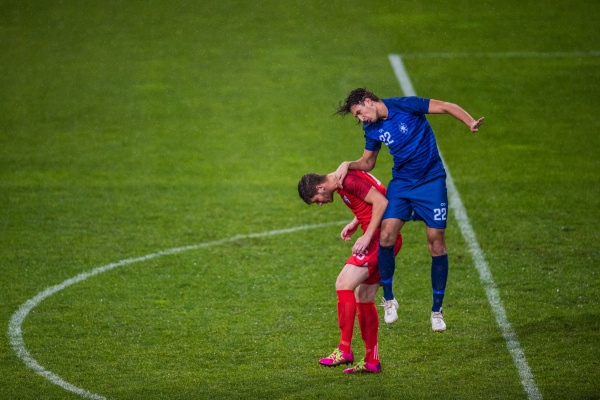 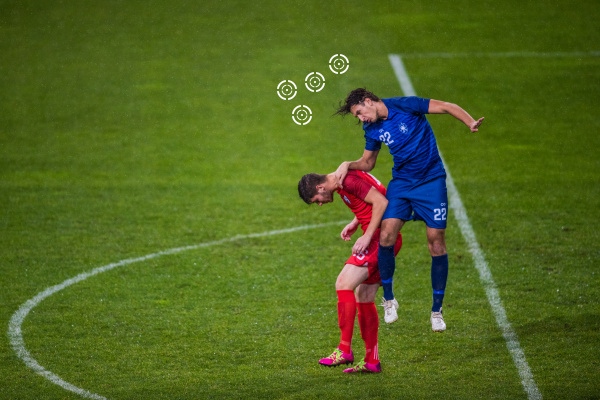 Step 4: A Winner is Chosen 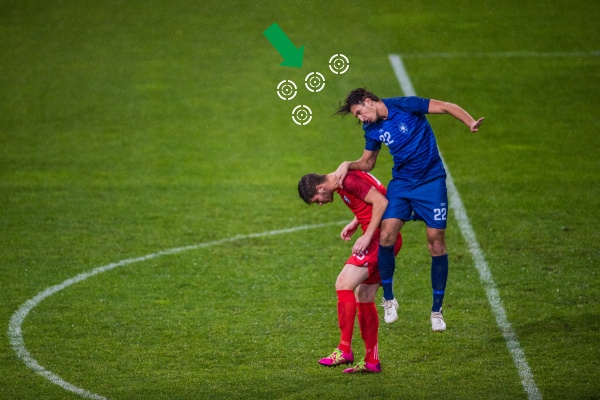 Now that you have the basics covered, give it a go at BOTB.com!

Or if you’re not ready to play for real money just yet, try out how you would do in our free Beginner’s Quiz first.

Register now for FREE at BOTB.com!